A place for every solution of an Aquarist.

Was looking for them since a lonnnnnnnnnnnnnnnnnnnng time and was lucky enough to acquire these beauties just over a month ago.

Had housed 2 males and 3 females in a 60cms*30cms*30cms planted tank. The males immediately occupied two earthen pots (which were later replaced with small plastic pipes) placed in two corners of the tank.

A male: Males are more colorful as with all fishes and have a pronounced hump on their head. 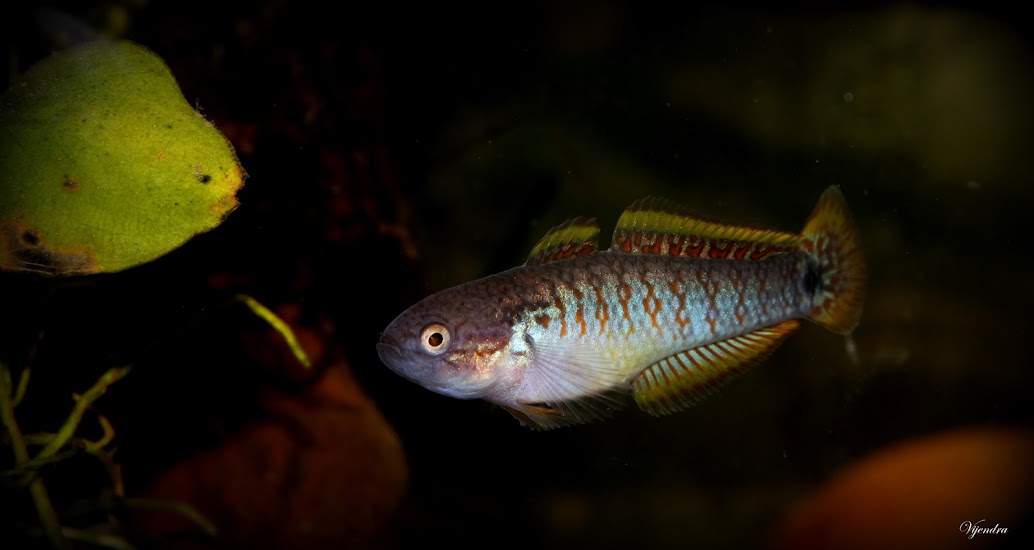 Setup:
They prefer slightly acidic water and dense vegetation with a lot of hiding places. A tight cover is necessary as they are good jumpers.
They inhabit lowland streams, ponds and rivers in Papua New Guinea keep. They prefer low flow, I use a big sponge filter so that the flow can easily be regulated. Males are a bit territorial so plan the setup accordingly if you intend to keep more than one male.

Do a 50% water change once a week as they prefer clean water.

As I always do with all my breeding pairs – Feed a lot of live food 2-3 times a day. (I feed them Romifex and Grindals) and eventually nature will take its course.

Tateurndina ocellicauda are easy to breed provided right conditions. They are cave spawners and should be provided with short (around 6”) of plastic tubing (these work well as compared to earthen pots as it is easier for the female to lay eggs and the male to fan them). I had previously used earthen pots as I was not expecting the fish to reach me early and was not able to get plastic pipes in my area on a short notice, before I could replace them with plastic tubes the two males had spawned in their respective territories (just 2 days after introducing them in their new tank).

If conditioned properly females will become visibly swollen and the males will start enticing them, flaring at them from their selected territories. The male will even chase the females around and may even forcibly push them inside the cave.

A male attracting a potential mate

The other male that I had attracting another female

A male literally pushing the female inside the cave

Just hours after the spawning activity

Now this is the sensitive time as the male may even consider the newly hatched wrigglers as food and finish them along with other fish in the tank within minutes.

Best bet is to remove them after a day and hatch them yourself. What I do is take the pipe out and keep in a breeding box. Attach a tubing to the pipe and provide one bubble every two seconds, mimicking fanning from the male. If the bubble count is too high the eggs could be detached and fall out and if too low they could be covered with fungus. 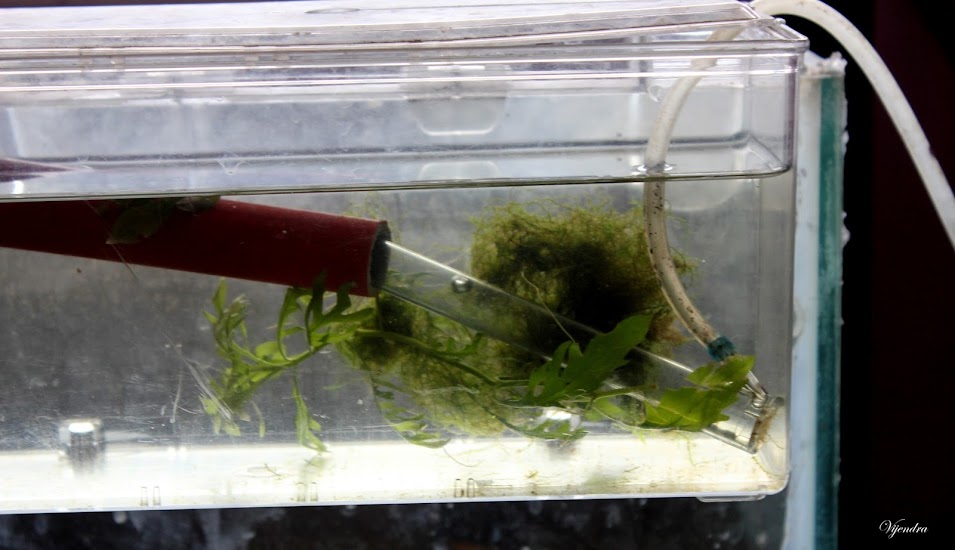 Larvae after around 36 hours 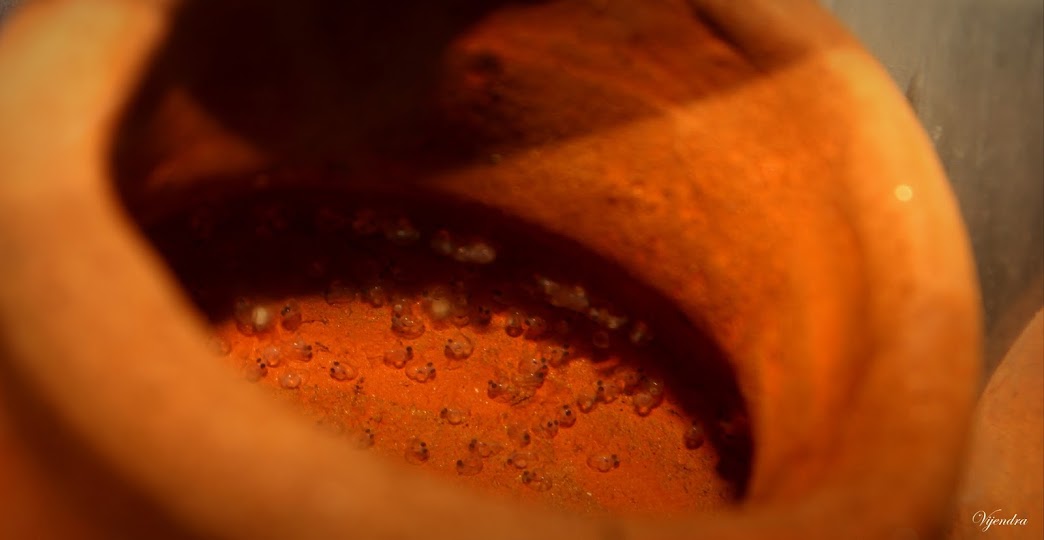 A day after becoming free swimming

The fry are big enough to accept newly hatched brine shrimps as first food. Feed them 2-3 times a day and keep the water clean. 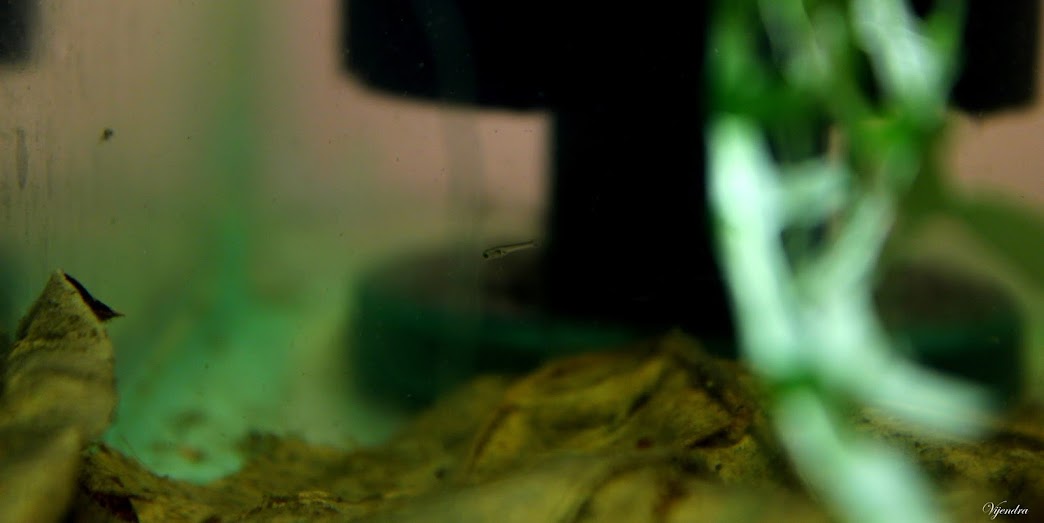 hahaha, Vijendra's famous clay pots...how many species have you bread in them already?

can you keep the adults with RCS?
Top

can you keep the adults with RCS?

hehe not that many...

These guys will hunt down the RCS, would be a treat to watch...

Nice. very nice.
“Take up one idea. Make that one idea your life - think of it, dream of it, live on that idea. This is the way to success.”

There is one rumor among the hobbyists from Kolkata. It says Vijendra can breed even if he gets hold of a single specimen of any fish

pinaki_pal wrote:There is one rumor among the hobbyists from Kolkata. It says Vijendra can breed even if he gets hold of a single specimen of any fish

Vijender you make us jealous:). Every time it a treat to see fry's from your tank.
Top

congrats, thats another feather in your famous cap.
Sushant
Top

Thanks Shergill, sub and Sushant....